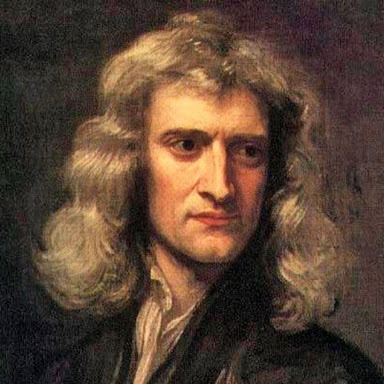 For many years, we have heard of the force, ‘gravity’. In fact, it is the oldest known fundamental force out of the four (others being Electromagnetic force, Strong nuclear force and Weak nuclear force). Despite that, there are still some mysteries regarding gravity in the world of physics. It can be undoubtedly said that gravity has evolved much from the times of Sir Isaac Newton, who discovered it.

Gravity is a universal force of matter which attracts other objects towards it. It is the gravity of the earth which pulls us towards the ground. You might wonder why we humans are not sticking together like magnets due to the force of gravity. It is due to our mass. Gravity is dependent on mass. More the mass, more is the gravity. Since our mass is not that much as compared to earth and other heavenly bodies, the gravitational force exerted by us is negligible. If it were not for the gravity of the earth, we would be floating here and there.

Briefly speaking, gravity is dependent on mass in simple terms. We shall discuss more about it later. Now, let us understand gravity in Newtonian terms first.
Sir Isaac Newton, one of the greatest physicists of all time, wrote a book named, ‘Principia Mathematica’ in which he wrote about all his discoveries. The book is regarded as one of the most important single pieces of work in physics. In this book, Newton wrote about laws of motion, law of cooling, binomial theorem, calculus, gravitation and many more. 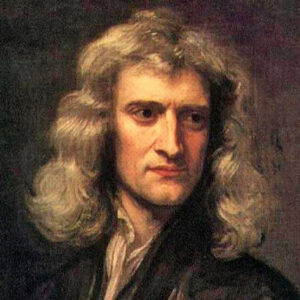 To understand the law of gravity in Newton’s way, we need to have a bit of understanding of his law of inertia, which is his 1st law of motion. The 1st law of motion states that an object remains in its state of motion or state of rest unless an external force is applied to it. This law basically means that you need force for motion to take place. If this were not true, you might have slept in the US and woke up in Switzerland because motion could not have been defined.
Now, there is a famous story which you might have heard of. An apple fell down from an apple tree on Newton’s head and then he discovered gravity. This story is incorrect, at least partially. The apple did fall from the apple tree but not on Newton’s head. Newton simply observed an apple falling down from a tree at a distance in a thoughtful manner. This story was important to be told not just for making it correct, but for the fact that we can make an intuition based inference on the possibility of an invisible force from this very example which is now known as gravity.
Suppose, you observe an apple fall from a tree. What would you think ? Wouldn’t it seem very normal to you? These things happen all time. But, behind each and every action, there must be a reason. As we have learned about the 1st law of motion, an external force must act on an object to make it move. The apple was hanging on the apple tree at rest. Suddenly, it fell down. If you think about the law of inertia, it indeed does sound quite strange. We couldn’t see anything but the apple fell down from the apple tree which means there must be an invisible force acting on that apple which made the apple fall down from the tree.
This simple thought created one of the most important theories, which is now known as Newton’s law of gravitation. Newton’s theory of gravity and his other laws contained his book, ‘Principia Mathematica’ simply brought about a revolution in physics. After all, he was one of the first to believe that the laws of physics are universal and discovered the inverse square law. His ideas remained in power for a long time, but his idea of gravity was not perfect. The problems regarding Newton’s theory of gravitation were not many but there were some problems which either violated experimental observations or other proven laws.

Being one of the first giants of physics, Newton had a reputation of his own. Scientists still use Newton’s theory for actions like rocket launch. His theories were working fine but there were some anomalies. However, no one ever questioned these anomalies due to Newton’s theory of gravitation.
Newton’s theory couldn’t explain the orbit of Mercury. There was an anomaly between the experimental observation and Newton’s equations. Other planets seem to work just fine but the orbit of Mercury was different than that calculated by Newton’s law of gravitation. To this anomaly, Newton had answered that it was God’s will to make Mercury orbit around the Sun like this.
Another flaw was Newton’s gravity had no mechanism of its own. Newton thought of gravity as an invisible force which seemed to act on every object but he couldn’t give the mechanism of gravity.
Further, we can take into account another thing. This is not about Newton’s gravity, rather it is about Newton’s idea of space-time which was crucial in redefining gravity. Newton thought that space-time was absolute. We should discuss in brief terms another extraordinary theory, given by Maxwell. According to Maxwell’s laws, the speed of light is constant and it is constant everywhere. But, Newton’s idea of space-time seemed to be in violation with Maxwell’s laws. We shall discuss more later.

The theory of relativity

Even without the need to do anything, without any reason to redefine the theory of gravity. A new emerging giant came all of a sudden to create a new theory, not only restricted to gravity, but to the working of the whole Universe. This man was Albert Einstein and the theory he created was the theory of relativity. 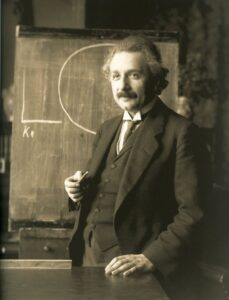 Now, talking about General Relativity. Let us ask the question again. What causes gravity ? At first, we have learned it in simple terms which stated that gravity is dependent on mass. Now, let us imagine we take a cloth and spread it uniformly in a big area while holding it in air. Then, we put a big round ball at the center of the cloth. You can see that it bends. Similarly, you can compare the ball to our Sun and that cloth can be compared to space-time. Space-time is like a fabric and that bend due to round bodies like the Sun, that bend is nothing but gravity! That is right, gravity is nothing but the bending of space-time due to mass. 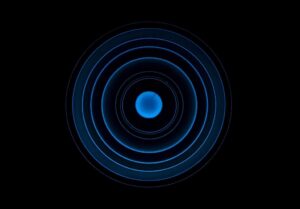 We also know that space-time has no friction. And now continuing the experiment, we keep another smaller ball at a distance from it. We realize that the smaller ball moves around the bigger ball in circles until the circles get smaller and the balls ultimately collide. The reason that the circles get smaller is due to the friction of the cloth. The smaller ball can again, be compared to that of earth. Since space-time has no friction, planets like Earth orbit around the Sun at a fixed elliptical path due to gravity.
Hence, we have learned the mechanism of gravity. Gravity is nothing but the bending of space-time. In fact, Einstein didn’t even consider gravity to be a fundamental force. He considered it to be an inherent property of space-time.

According to Einstein’s theory of relativity, time is different for everyone. Time is basically dependent on speed. Since our speeds are comparable, time seems to flow the same for us and the effect of our speed on time is negligible. It is seen that gravity also slows down time. It has got some complex mathematics behind it, but unlike Special Relativity, gravitational time dilation is absolute.
Now, let us think of something which is purely intuitive! We know that the bending of space-time is gravity. Suppose you are moving at a constant velocity to reach a specific point. If the path is a straight line, it takes less time. But if the path is a curved one like in hilly areas, it takes more time. Although the velocity is the same and the displacement between the starting point and finishing point is assumed to be the same, the time taken is different which can be compared to a specific point in space-time where gravity is more and time taken to travel is more due to that bending which is gravity.

Gravity does affect light. According to Einstein’s theory, when light passes through a massive body, it bends. Just as gravity bends space-time, it bends light due to the fact that light now travels along a curved path. This was experimentally verified by Sir Arthur Eddington.

What causes gravity to exist ?

As we have seen earlier, gravity is directly dependent on mass. The more massive the object, more is the bending of space-time and more is the gravity. Both of them depend on one another. Matter tells space-time how to bend and gravity tells matter how to move.

Till now, General Theory of Relativity which is Einstein’s theory of gravitation has an extraordinary record. All the observations due to this theory of gravity are found to be correct. In fact, various discoveries like the expansion of the Universe, the existence of black holes etc.  and modern technology like the GPS were a consequence of this theory. However, scientists are still looking for a better theory of due to the following reasons.
Einstein’s General Relativity cannot explain the gravitational pull at the center of a black hole. This is due to the fact that this theory of gravity cannot fit in with another very accurate and weird theory. That theory is none other than Quantum Mechanics.

The need for a new theory

It is really a problem that two of the most important theories of our time seem to be incompatible with each other. General Relativity works really well at astronomical scales while Quantum Mechanics works well at the quantum scale. However, for an object which is very small but with extreme gravitational force like the singularity which is expected by many scientists to be present at the centre of a black hole, we need to have a theory which can fit Quantum Physics and General Relativity together. We have mainly two rival theories, namely String Theory and Loop Quantum Gravity. 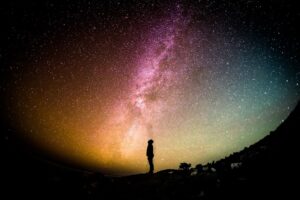 There are many theories and work is still going on, but it is far from over. We need more time for developing this new theory. Work has progressed but not enough to be conclusive. By finding out more about gravity, we find out more about the world itself. Gravity is, and always will be a very important force in our daily lives and if our scientists are successful in finding out a new theory of gravity, it will eventually lead us to the ultimate goal of science, The Theory of Everything.