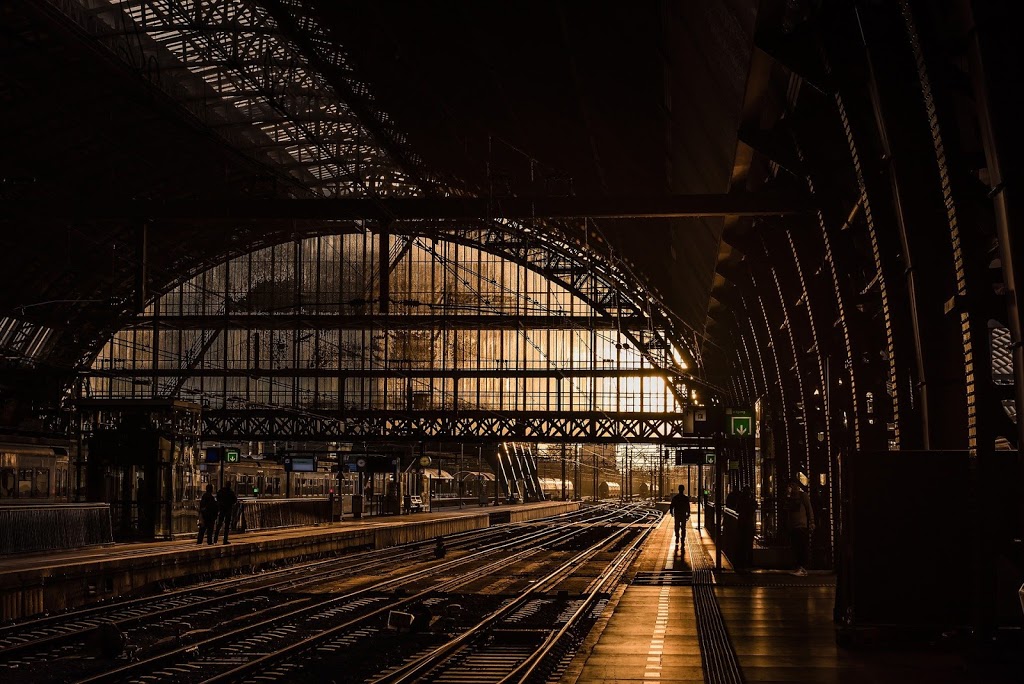 AN INSIGHT INTO PHYSICS
PREFACE
This series is intended for learners who have just started to learn Physics. However, readers of all levels from basic to advanced can read these blogs to experience the fun of learning physics in a unique manner. The main essence of this series is that the chapters are explained in a well simplified manner with the help of dialogues,i.e., reading the chapters is like reading a story in which two characters interact and discuss about the laws of physics. This idea is taken from the book, Calculus by L. V. Tarasov. I hope that every reader likes the idea of learning physics like a story and enjoy reading the posts.
Chapter – 1: Introduction

“At last! The train is here” I exclaimed. The train arrived at the large and crowded platform and with a typical sound of the wheels striking continuously against the railway track. “This sound feels so good. It always evokes the mood to travel. ” I said to myself.” I wonder what do astronauts feel about the sound of their rocket in outer space” I asked to myself. 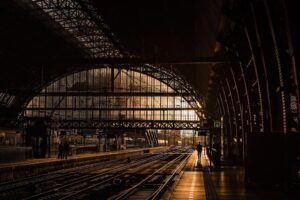 “Actually, astronauts can’t hear the sound of rocket in outer space” answered an old man standing beside me. “What? Why couldn’t they hear sound ? Are they deaf?!” I replied to the old man thinking that he is a mad man and is speaking rubbish. The old man answered again,” Sound needs particles to travel. We are surrounded by matter all around us and it is these particles which act as medium between our ears and the sound waves.”

“So, sound is wave?”
“It is basically regarded as a wave, however, sound can also have particle nature and these particles are called phonons. Let’s not get deep into these things. When the railway wheels strike against the railway tracks, the force between them sets the air particles into motion and they start vibrating. A high pressure area is formed near the source of vibration and thus, the air particles beside them form a low pressure area which in turn form a high pressure around them. This forms a kind of wave known as longitudinal wave. The sound travels through this longitudinal wave and reach our ears and we hear the sound. The particles travel in longitudinal waves as compressions and rarefactions in gases, plasma and liquids where the compressions are the high pressure zones in the wave while the rarefactions are the low pressure zones. In solids, the particles can travel both in longitudinal as well as in transverse waves. But I don’t have time to explain them to you. Since, my train has come. In short, I’ll tell you that in outer space, there are no particles near the rocket. Therefore, no sound can travel. The absence of any medium is called vacuum. Now I have to get into the train. It was good to meet you. Good bye.”
I was spell bounded by the old man’s explanation. I felt like I couldn’t move. I was so shocked to learn that so delicate details can sum up to form such a scientific explanation which can explain the phenomena around us. So little do we know about this world. We ordinary people think that these natural phenomenon happen for the sake of happening but everything happens due to some reason. And behind these reasons, these intricate details about the laws of nature plays the world around us like a mastermind. I wanted to learn so much from the old man. I felt sorry for myself that I had to let that old man go and all of his knowledge. I was thinking about all of these stuffs but I remembered that I still have to get into the train.
However, when I got my seat, I found that nature wants to reveal itself to me by showing me a pleasant surprise. The train has two seats opposite to each other. One is for me and the one sitting opposite to my seat is the old man of the platform.